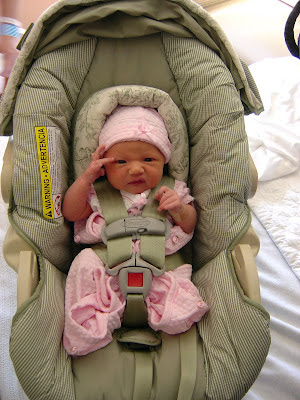 At long last, I’m home! We got the green light from my hospital pediatrician yesterday morning, and once Mom and Dad figured out how to get me into the carseat/carrier, we left the hospital around 3. Babcia and Dido greeted us when we got home, with “It’s a Girl!” balloons. It was sweet. When they left, Mom and Dad seemed really scared to have me all to themselves, and having all the responsibility of changing, feeding and taking care of me. I was a little worried about them, so I made things (relatively) easy on them for the rest of the day. 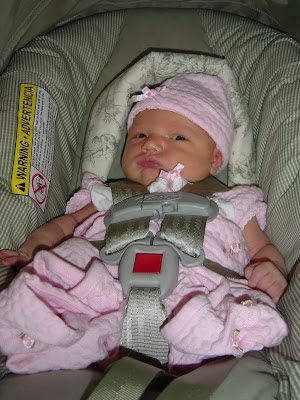 I’ve just settled down for the night. I was nice and gave them a whole 3 hours of sleep! We made it through, and I’m still in one piece. Dad and Mom felt a little more prepared after watching all those Bringing Home Baby episodes, which follow new parents through their first 36 hours at home with their newborn, but I still don’t think they quite knew what I had in store for them. Thankfully for them, my needs are pretty simple: feed me, change me and swaddle me (Dad has quickly learned that calming me down and putting me to sleep is all about getting me into a snug swaddle). Do all that, and we’re cool. Forget even one of them, and I start testing out my vocal cords.

Apparently I’m a very loud sleeper. Mom and Dad kept checking on me because I was making all these strange noises: rapid breaths, grunts, and squeals. Dad says that sometimes, I sound like the troll in Cat’s Eye that’s trying to steal Drew Barrymore’s breath. I told Dad that I’m only a few days old and referencing a B-movie from 1985 is really confusing to me. 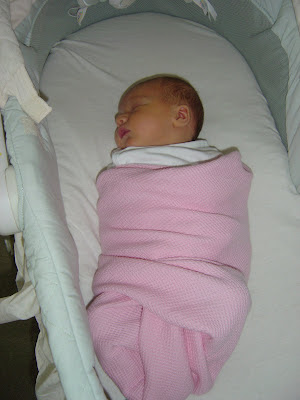 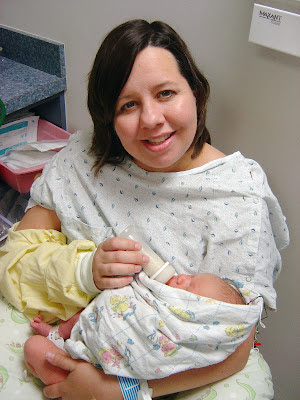 So remember that whole plan about spending all my time in Mom’s hospital room? Turns out, not so much. During the dozens of tests they did on me, they noticed that my white blood cell count was really high. So as a precaution, they put me back in the special care nursery—where I’ll be for the rest of my hospital stay—and started me on antibiotics, just in case I had an infection. The good news is that my count has been dropping ever since, and the blood culture they took to see if I had a bacterial infection has been negative. 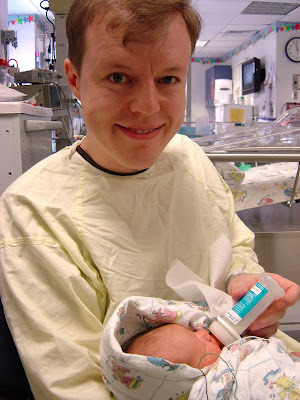 But I’m so sad that I only get to see my Mom and Dad every few hours, when they come to the nursery for my feedings. Mom made her first few trips in a wheelchair, but now she’s well enough to walk (very carefully). Dad finally has the knack for feeding me and burping me. My eyes are bigger than my stomach, and I’m just sucking down formula as fast as I can (Dad has to keep me in check, or I tend to spit up). Mom is trying to help out too, but I’m so ravenous that I can’t rely solely on her. They’re still slipping and calling me Vera Jr. every one in awhile, but that’s okay, I’m still getting used to Julia too.

My grandparents have also been stopping by. Grandma and Grandpa came by on Saturday before they left for home, and they got to see me up close and take some pictures. Babcia and Dido have been coming by every night, to spend time with me right as visiting hours are ending, when it’s quieter in the nursery and they are able to hold me. 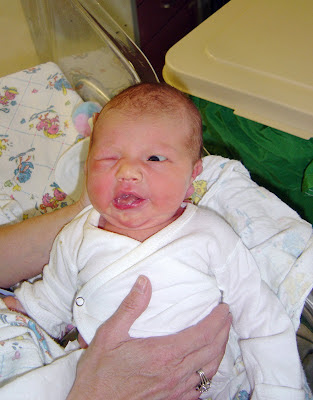 Mom and Dad have been getting excited, because if all goes well tonight, I should get the green light to go home tomorrow. Mom could have been discharged today, but opted to stay an extra day in the hope that all three of us can go home together.

I can’t wait, because they think I’m on a set schedule now, but I have plans for them…
Posted by Julia at 8:36 PM 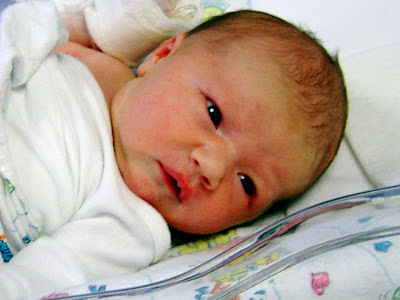 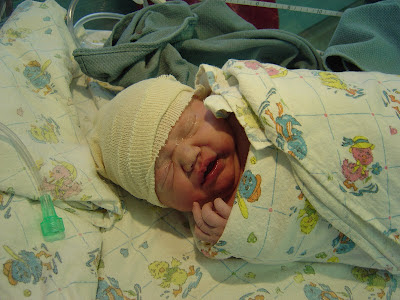 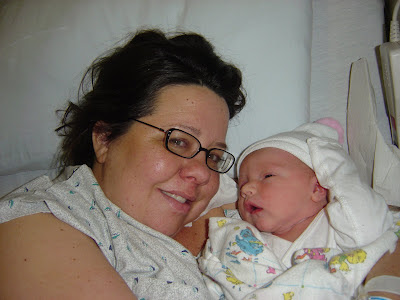