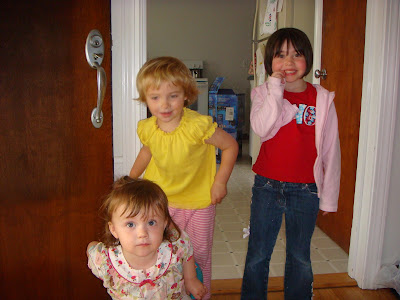 Last week Bobbi and Dido drove me up to Connecticut for the day, so I could spend some time with my cousin Ava, who lives in California now but came back East for a visit. My cousin Sophia was there too, so it was nice to catch up with everyone. 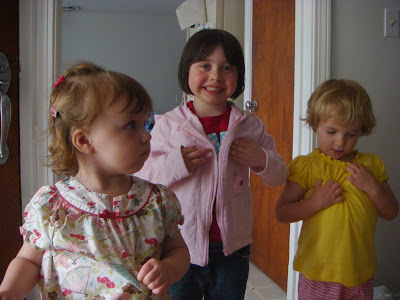 We've all gotten a lot bigger since the last time I saw Ava, which was last summer at Sesame Place. It was an eventful visit to say the least - a few tears were shed by more than one of us - but Sophia set a good example and always made sure to smile! 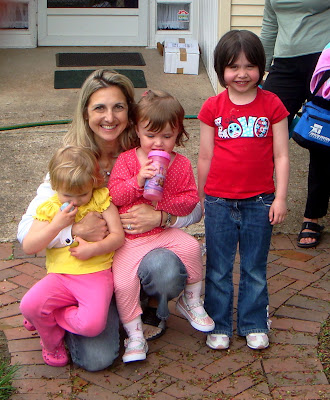 That's Ava's mom Arita with us. It was nice to see her too.

I'm traveling again right now, for a much sadder reason. Dad and I flew out to Ohio for something called a funeral for Uncle John, my Aunt Paula's husband, who passed away suddenly earlier this week. Everyone is very sad so I hope that my being there will help cheer my Aunt Paula up at least a little bit, because you can't keep yourself from smiling when I'm around!

We're getting back tonight, just in time for another huge event: my second birthday party! I'll tell you all about it next week.
Posted by Julia at 7:04 AM