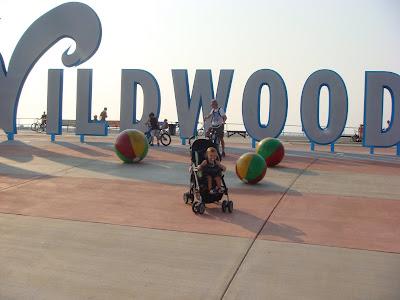 Last week, Mom, Babcia and Dido took me to Wildwood for the week. We had such a great time on the beach, on the boardwalk and everywhere in between. I also tried several new yummy foods, like scallops, New England clam chowder and french fries (thanks Aunt Paula). Mom didn't bring the video camera — taking that thing near sand probably isn't the best idea. However, she did bring our regular camera, and took lots of photos from our trip. Here are some of them: 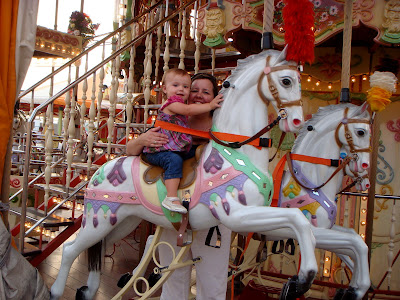 With Dad stuck at work, Mom had to take me on the carousel. 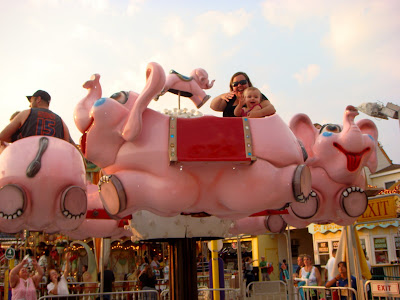 And she took me on other fun rides too! I know this was tough for her because she doesn't really like going on rides, but I'm so glad she did. 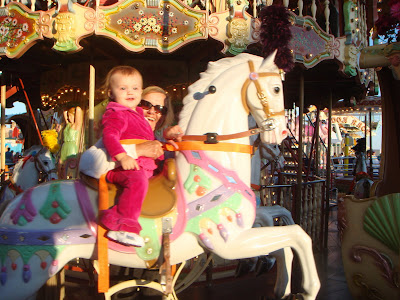 Babcia didn't want to miss out on the fun, so she took me for a spin on the carousel too! 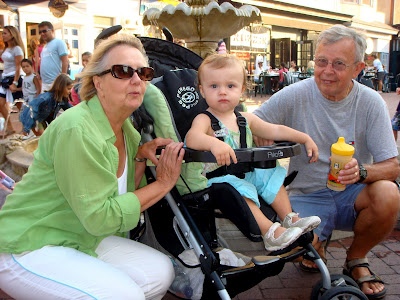 It was nice going away with Babcia and Dido. It was also nice getting a photo with them, as I have far too few photos of the three of us together. 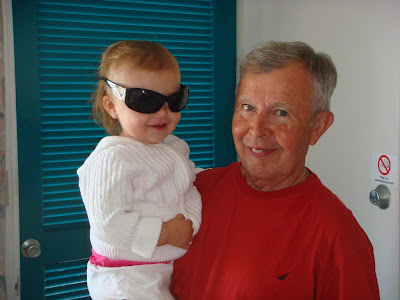 After months of trying, I finally broke a pair of Mom's glasses (her sunglasses) during the trip. She bought another pair, and I didn't waste any time getting my hands on them. 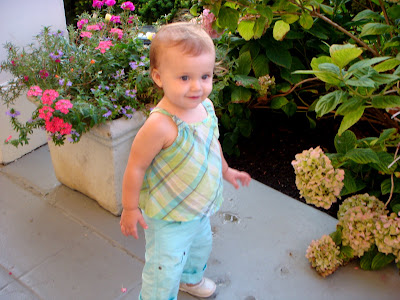 You know how much I enjoy sniffing flowers. We spotted these during one evening strolling around in Cape May, and I was in heaven running around and smelling them. 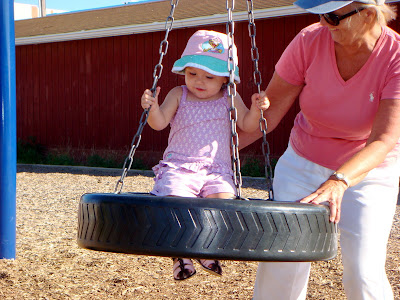 More rides! Here's Babcia pushing me on the tire swing. 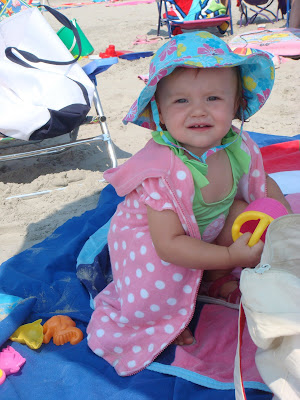 And finally, a beach shot! There's much more where this came from, because tomorrow I'll tell you all about the day we spent with Grandma, Grandpa and Aunt Paula.
Posted by Julia at 10:39 PM