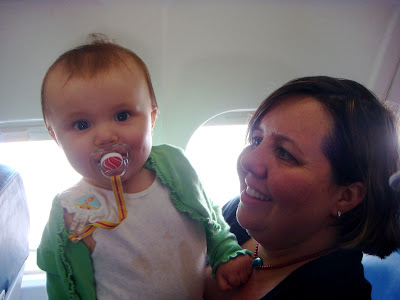 It was time to go home today, but before we left, I was able to say goodbye to an old friend... 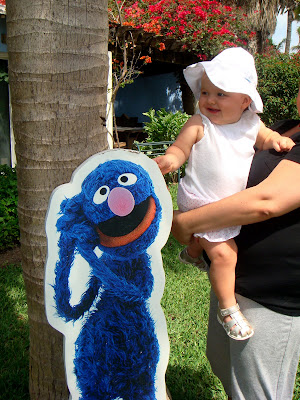 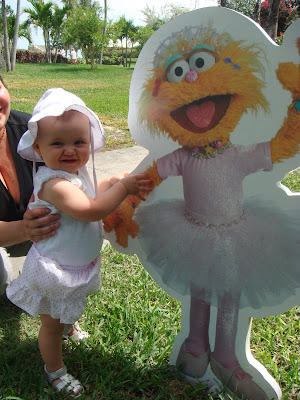 I also squeezed in one last "real" Sesame Street encounter, with Elmo, who was nice enough to give me have one final hug.

I saw him during an "Elmocize" class he led, which allowed me to get a little workout in before the trip home.

After that, it was time to leave for home, a trip that ended up taking 12 hours door to door. We waited in several long, hot lines—first at the resort's "departure lounge" and then at the Turks & Caicos airport itself. When we reached the gate, hoping to grab lunch, we discovered that the only food option inside the airport was chips. 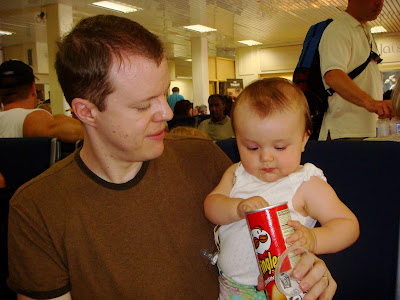 At least I had my baby food to eat! I also enjoyed grabbing Mom and Dad's soda cans and squeezing, which was something I did with their drinks during the week as well. We got on board, and while I was awake for the first time to see the takeoff, I conked out soon after. 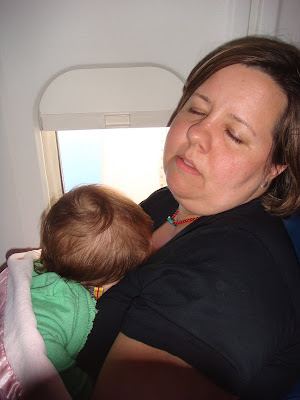 I was another angel during the two flights and going through customs in Atlanta, saving my dirty diapers for when we were on the ground and sleeping much of the time. I even allowed Mom and Dad to execute a first-time-ever diaper change while I laid across both their laps. The only blip occured after my first midflight bottle. Between all the excitement and Dad bouncing me a bit to keep me entertained, I vomited most of it up all over Mom, Dad and me. 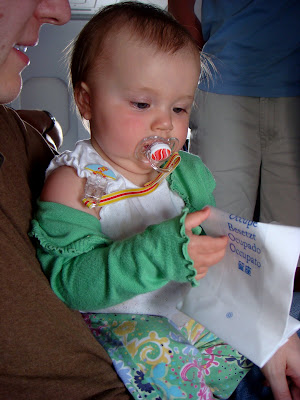 If only I had discovered this air sickness bag a few minutes earlier! Another fun object I played with during the flight was the blanket, still in its plastic bag.

Mom and Dad changed me into my pajamas before flight number 2, and it was very odd being in the Atlanta airport in my pjs, instead of in bed. I was sleepy, but they were hesistant to give me another bottle, not wanting a repeat of the earlier incident. But after I starting sobbing during takeoff, they relented and gave it to me. I drank it down and passed out for the whole trip (it was my bedtime, after all). I did get up when we landed, and stayed awake through baggage claim, our Air Train trip back to the parking lot, the drive home and for some time when we at long last arrived home. But after 2 hours, I finally went to sleep for the night.

To sum it all up, here's a video that Dad took right before we checked out of the hotel.

And that was my trip! Remember, if you have any unanswered questions about the trip, send them to me. Have a good weekend!
Posted by Julia at 8:53 PM