The parents who stole Christmas

Gone, gone, it's all gone! The pretty ornaments, the twinkling lights, the stockings, the tree...Mom and Dad took it all away. I watched in disbelief this weekend as they packed up all the Christmas decorations and carted them out to the garage. Apparently this was more work than usual because they had to separate the ornaments into two groups: the breakables (which I won't see for a couple years, until I no longer have the urge to pull down and throw pretty objects I see) and the unbreakables, which is all they'll be putting on the tree for next year at least. Dad said I actually got a week longer of Christmas than most people; we waited an extra week to put everything away because Ukrainian Christmas takes place on Jan. 7. Still, it seemed way too soon.

When they were finally all done, I sat exactly where the tree had stood for the past month and a half. I couldn't believe that everything was gone. 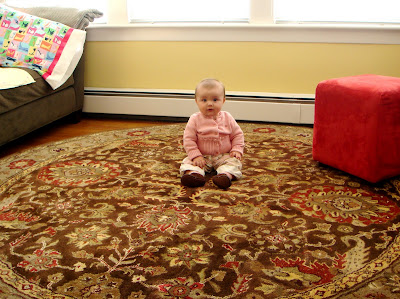 I was sad for a few moments, until I realized that the room could be all mine again, especially because my pack and play and swing would not be returning to their old places. So within five minutes, I had redecorated the room...now that's more like it! 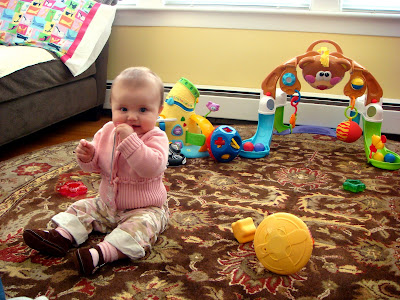 So long Christmas, I can't wait to celebrate you again at year's end!
Posted by Julia at 4:09 PM